Featuring Lee Dong Wook and Im Si Wan, Hell Is Other People is a gripping, atmospheric thriller which makes for an uncomfortable watch at times. Yet it was so engrossing albeit disturbing that I find myself unable to tear away from the screen to find out the fate of our male lead. 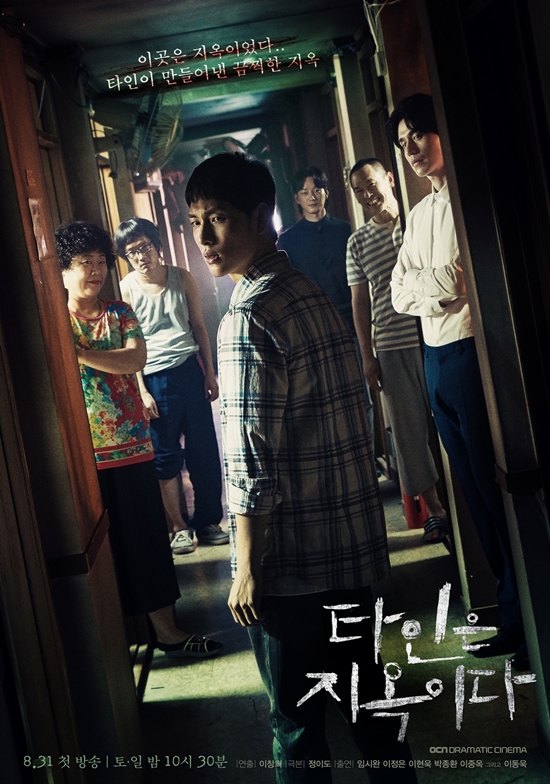 Alone in Seoul with creepy neighbours for company

Im Si Wan stars as Yoon Jong Woo, a poor man who came from Busan to Seoul for an internship and could only afford a cheap dormitory and that was the start of all the trouble, as his neighbours are all a bunch of weirdos and psychos.

He wants to work hard in his company, but his mentor is prejudiced against him and unwilling to teach him; his boss is his senior from school but does not seem genuinely concerned for his welfare and have a thing for his girlfriend; his girlfriend is busy at work and reluctant to hear about Jong Woo’s bad day at work and equally tiresome and crazy neighbour.

All in all, Jong Woo is alone in a foreign place, and the only sanctuary he by right should have – his living quarters – is the furthest place away from a sanctuary as it is full of creepy scary neighbours who seem to be up to no good. All these factors started to play with his mind and make him question his own sanity.

Scary neighbours that make you fear for your life

Just how creepy are the neighbours? 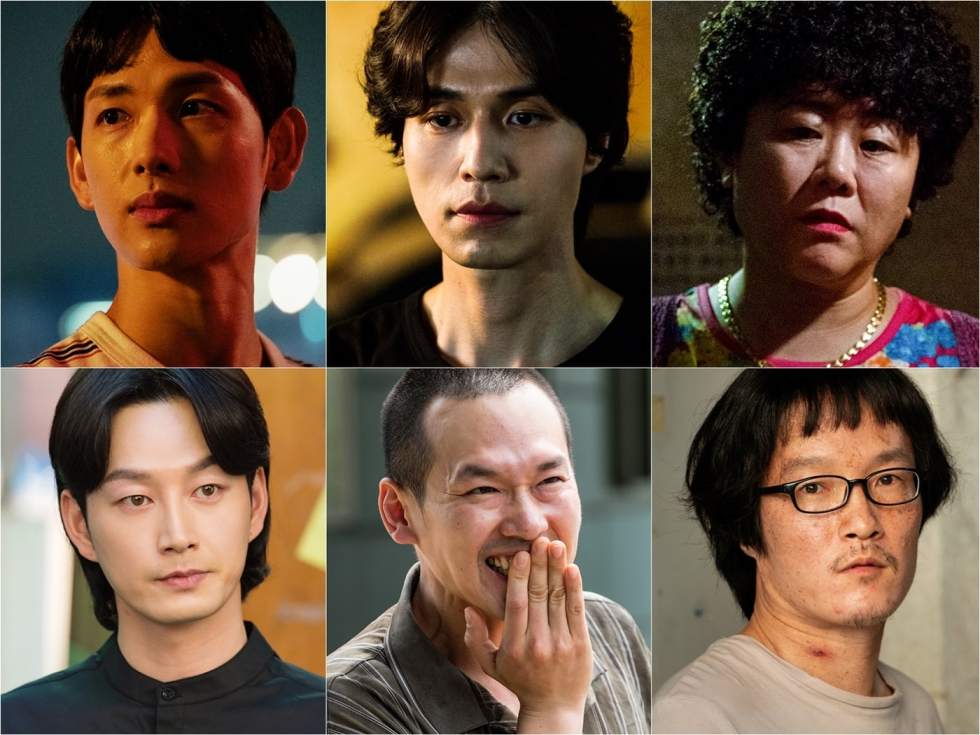 Atmospheric mood plays with your mind

The drama is extremely good in portraying the suppressive and depressing mood of the cramped and dirty dorm with really strange and menacing people as neighbours, so much so that I truly feel for our male lead as I shudder at the thought of living there.

Jong Woo was originally so gungho and irritated by his weird neighbours, but day by day, these neighbours start to creep him out so much that he started becoming afraid – fearful for his sanity and fearful for his life.

He has no one to turn to, without others thinking that he is crazy,  and is truly on his own. After all who will believe you if you say that you suspect that your neighbours are psycho killers who kill for fun, and who eat the human flesh thereafter?

Seo Moon, acted by Lee Dong Wook, is a psycho killer who kills for fun, and who even extracts the victims’ teeth out for his collection.

He has a liking for Jong Woo and sees much potential in him being a like-minded killer. He wants to nurture and make Jong Woo out into a killer like him. Will he succeed?

As a viewer, we are captivated and I am hoping with all my might that Jong Woo will fight his inner demons and not slide down the slippery path of becoming a killer due to all the injustices he felt in life.

Slowly but surely, we see his descent into self-destroyal and madness. Jong Woo was originally quite normal, albeit with some anger management issues, but as the day passes, he appears more and more paranoid. He starts to walk shiftily, he starts to keep a knife hidden behind his back while chatting to neighbours, he starts to lock his door and glance at new people with a suspicious eye. Scarily, Jong Woo starts to behave like those same weirdo neighbours that he despised. It makes me wonder, could these creepy neighbours all be somewhat normal initially, and were all nurtured into becoming the weirdo killers they are today?

Yet we still see him fighting to escape and he really was on the verge of escaping from his hellhole dorm but alas he was forced to go back to the dorm one last time in the final episode to save his girlfriend who was kidnapped there, and this time round it seemed like there was no turning back for him, it is either he kills or he ends up being killed. 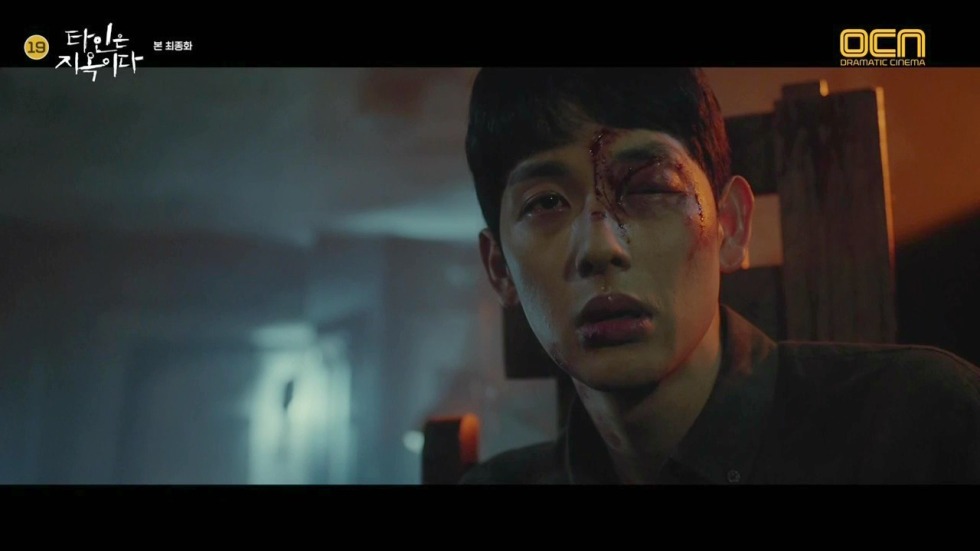 He has to kill in order to escape and survive. And sadly, it seems like he acquired his taste of killing and started savouring the feeling of killing. I was so hopeful that perhaps he just killed out of self defence and will then go back to his usual life. But the final scene which portrayed him wearing the tooth collection bracelet and that maniac eyes seem to hint that he himself has turned into another Seo Moon, a psychopath who has now embraced the dark side.

This is truly a rather dark watch with many gruesome scenes even for a thriller. In fact, I would say it is a rather negative watch, as is I don’t feel happy after watching this, though it is pretty nerve wrecking and engrossing.

What are your thoughts on this drama? Did you enjoy Hell Is Other Stranger?