I have always been easily starstruck,so when I knew of the chance to “have lunch” with Drew Barrymore aka famous hollywood star, I simply couldn’t resist it, even if it means forking out 60 dollars(though it includes book signing,lunch plus book reading/discussion by her).

Silly me was naive enough to think that it means I could have lunch with her at the same table, and even half wondered if I should read up a bit about her so that there are more stuff to chat during “lunch”. But of course, reality is not like that.

So on Oct 30, I went to a really posh club?(The Standard Club) alone and was seated at a round table after given her latest memoirs Wildflowers. 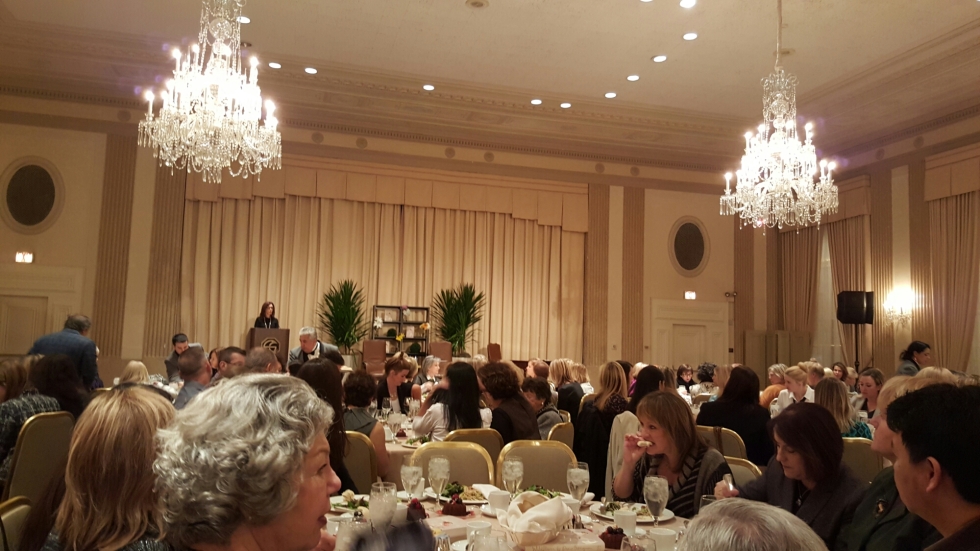 We were served lunch first and thankfully it really does look expensive and was pretty tasty( heng never waste too much of my money). 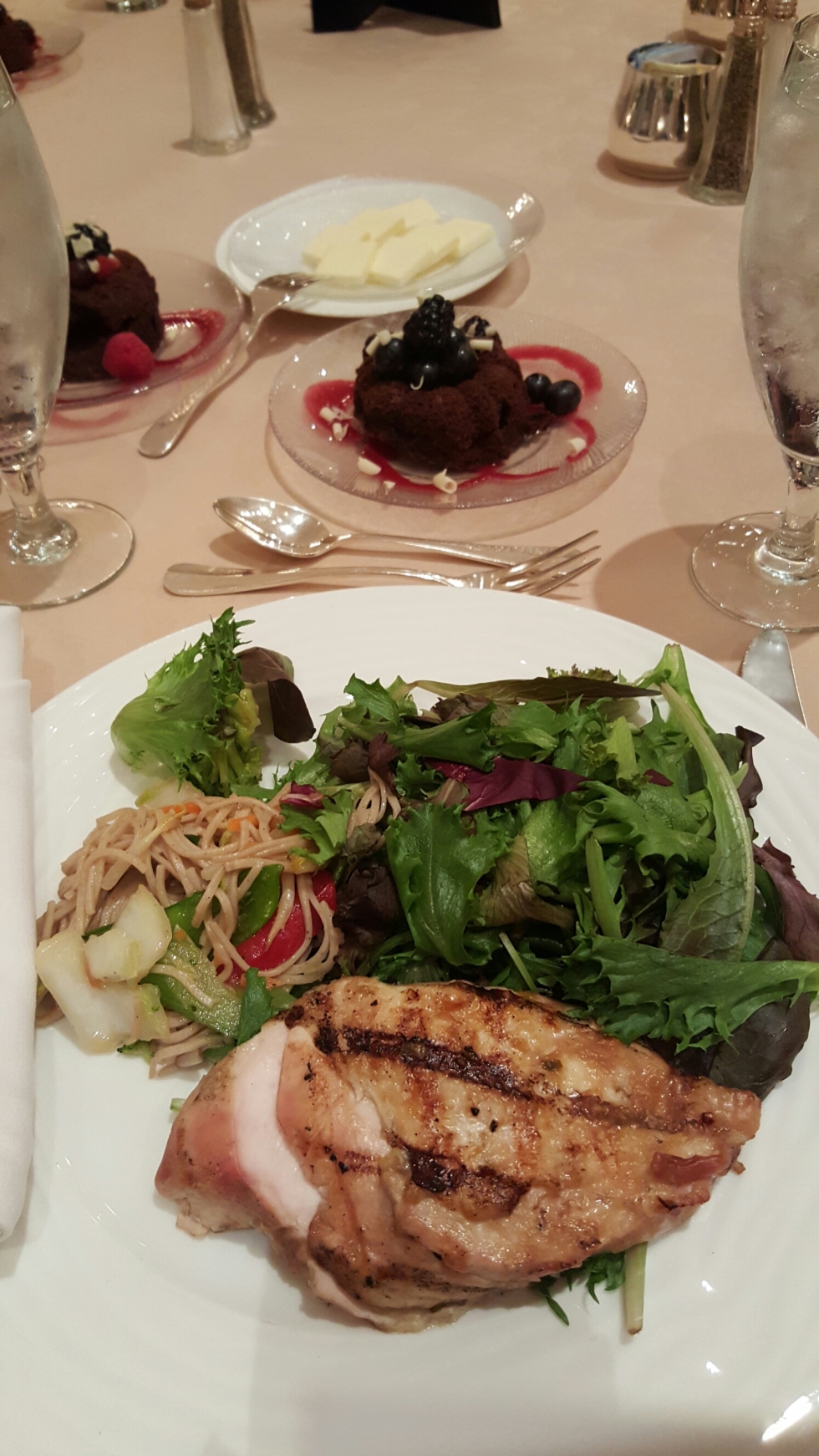 After about 40 minutes, Drew Barrymore arrived. Frankly speaking I couldn’t see her that clearly though I was just 3 tables away but she did come across as incredibly animated and articulate. In fact she still sounds like a character from the chick flick she always stars in. Witty and self-deprecating.

She read the preface of her memoir and also talked about her teenage years, motherhood, about Steven Spielberg etc. After about 1 hour, it was finally time for the book signing. I know everyone is dying to get a pic together with her and were probably scheming on ways to have a wefie with her though the host has already stated explictly that there will be no personalization of autograph or pictures. 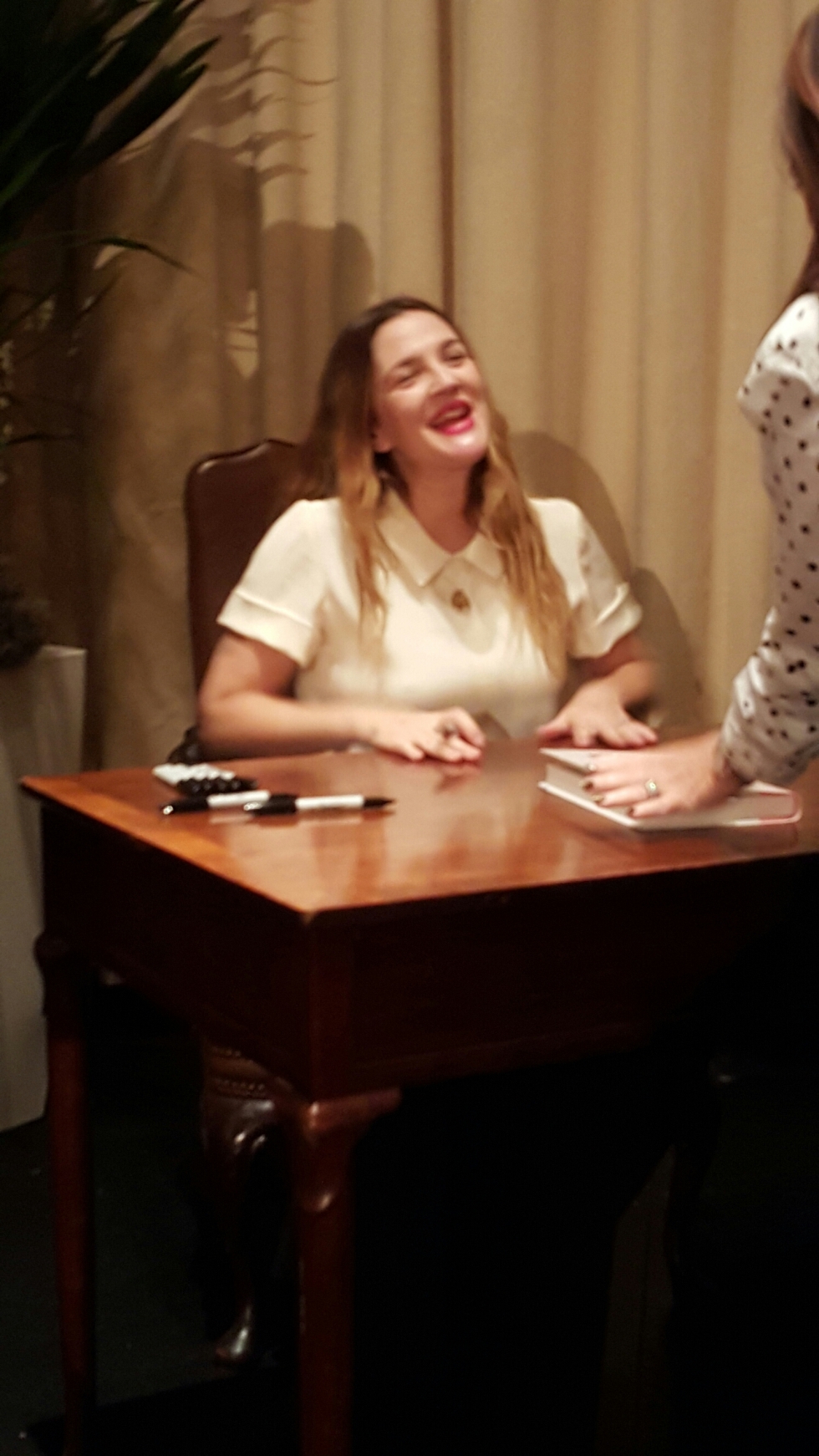 Someone I newly met suggested that we help to snap pics for each secretly. And because she was such an ardent fan, it started to make me feel pressurized. And in the end I felt so bad and so preoccupied about not succeeding in getting a good shot for her that I completely couldn’t remember much when I finally met Drew Barrymore. I just remembered myself giving her a grim smile, not even remembering to shake her hand , and before I know it, everything is over. 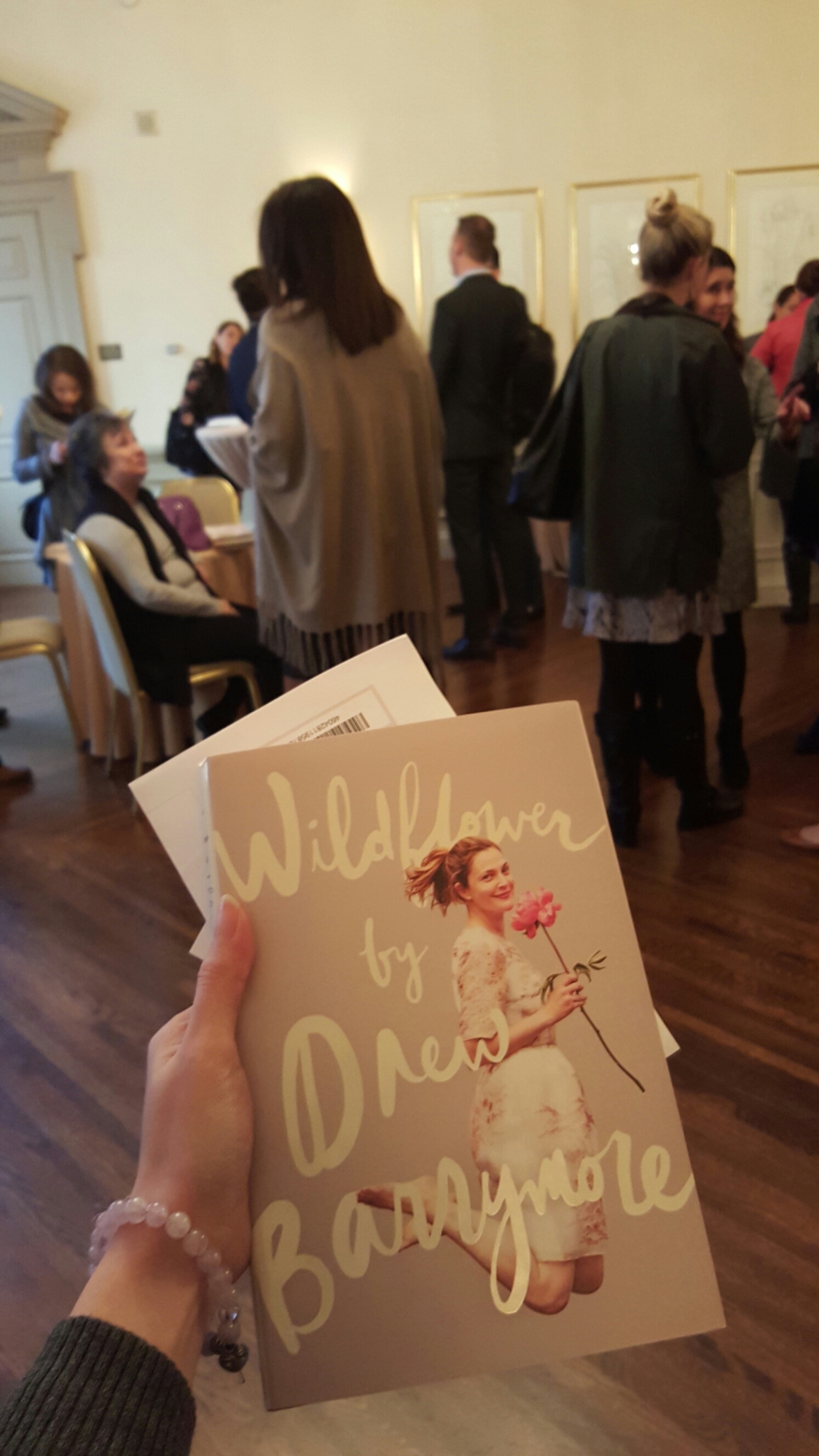 But it is interesting to observe how the other fans reacted. I realized that Americans generally seem to get worked up more easily. A few of the so-called ardent fans of hers started getting pissed off with Drew Barrymore and spoke sarcastically to her after failing to get a pic together with her. Though one of them was just telling how she had been a fan of Drew since her ET days just during before.

It reminds me of another episode during the opening of Uniqlo in Chicago here one week ago. I was one of the (bohliao) 1000 who was queuing in the cold win on the first day of the opening just so as to win a free limited edition tote bag. 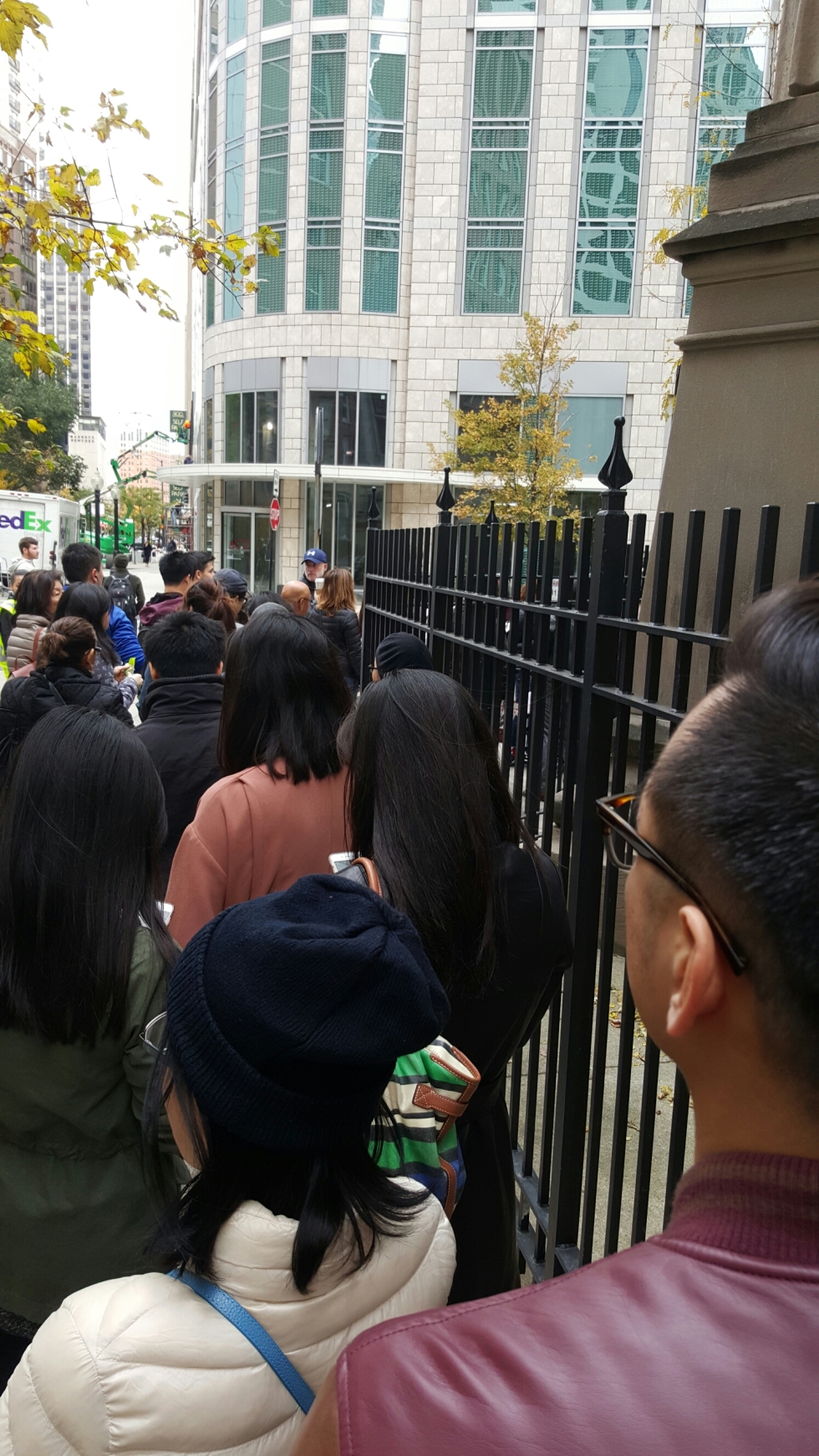 In the end when it was my turn, the tote bag ran out. And actually I think I was the number 1000th cos the staff actually was in the midst of handing it out to me. But it was snatched by a guy behind me. And that was apparently the last bag. So if anyone should be angry it should be me. But in the end it was a couple of people behind me who started arguing with the manager about the tote bags running out, demanding an explanation,and claiming that Uniqlo didn’t stock up 1000 bags.Cos they are very sure that they are within the 1000.

I also felt kinda let down but i rather spend my time in a more useful way by grabbing those limited apparels with 70% off just on the first day of opening. 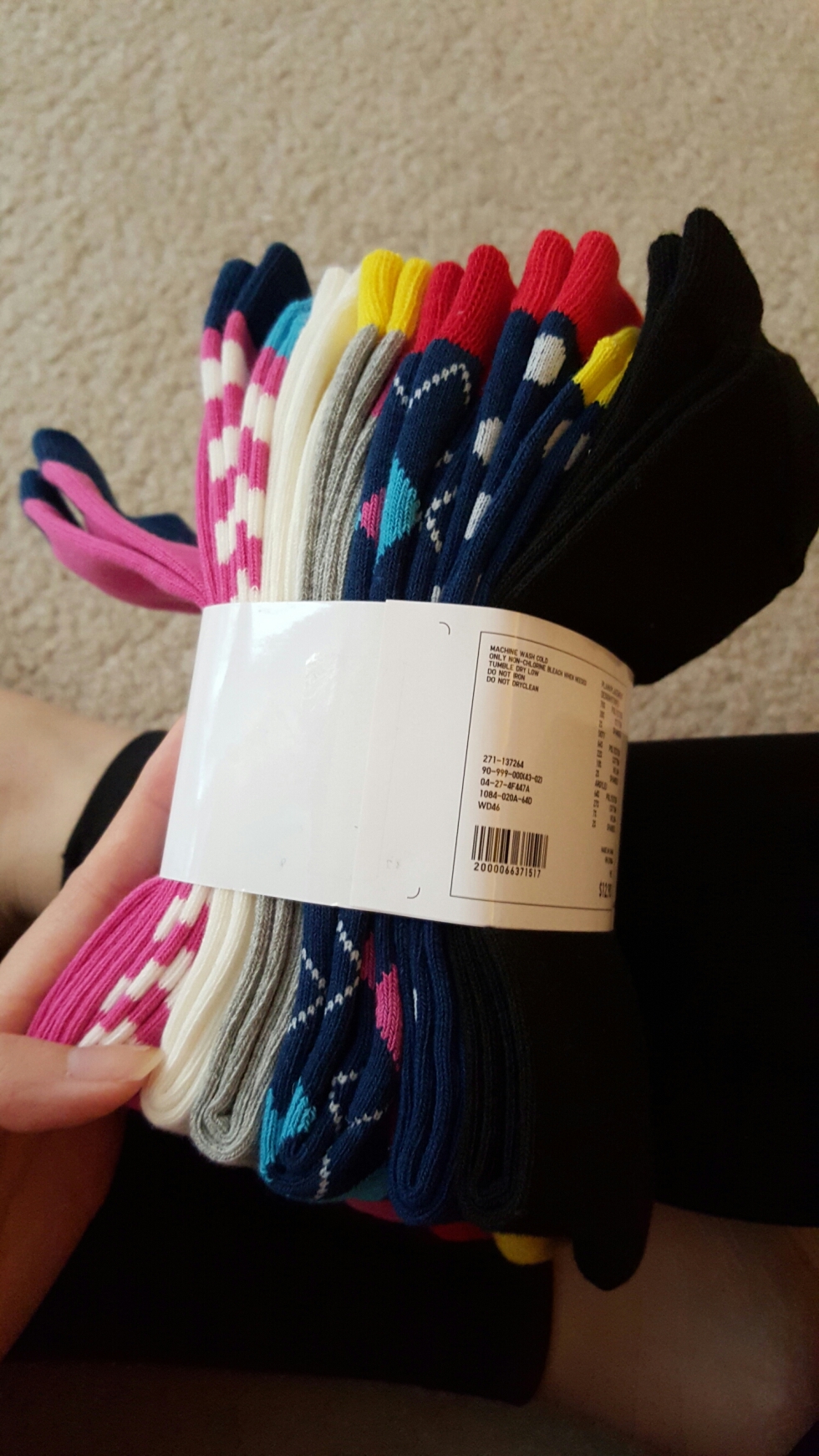