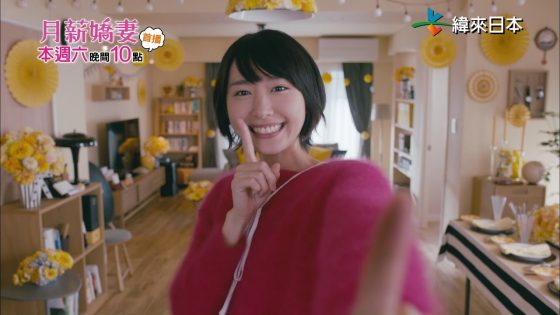 Recently, I’ve been reading about this manga inspired Japanese drama Nigeru wa Haji da ga Yaku ni Tatsu that apparently took Japan and Taiwan by storm. The premise sounded interesting – paying for a “wife” who does all the housewife chores. Given how many housewives generally seem to feel resentful about doing so many chores that take up so much time and effort, but never being compensated for it, I guess this is a rather interesting topic and probably hit a nerve, thereby resulting in its popularity.

The story basically revolves around the female lead Mikuri Moriyama who has good educational attainment but couldn’t get employed, ending up as a part-time cleaner for a stoic single man Hiramasa Tsuzaki  who’s never had a girlfriend before. The female lead ended up proposing entering a marriage contract with her employer, leading to a win-win situation for both whereby he could finally appear “attached” while having someone trustworthy to do the chores for him, and her landing a full-time job and getting paid for doing housecleaning and cooking which she does pretty well.

Naturally both of them fell in love with each other as time passes and the drama chronicles the misunderstandings and challenges they faced in light of coming to terms with their own feelings.

As in the case with most Japanese dramas, I feel that they handled the emotions of the character quite subtly. Yet, I was able to comprehend all the feelings of the characters even without them having very in-your-face dialogues or exaggerated expressions. In fact I felt that the characters had depth to their personalities, and there was a complexity to each’s character.

The female lead Mikuri Moriyama is someone who’s never had much success in work in spite of a good education background. She’s the one that is let go of when the company she worked at needed to retrench someone. In love life, she was rejected by her first boyfriend for being smart-alecky and liking to assume how people behave. As such, she is someone who really hopes to be appreciated and wanted by others. And probably someone who hopes for security. That’s why she fell for the incredibly stoic but reliable Hiramasa Tsuzaki who was observant enough to praise her for her housekeeping abilities and who gave her the acknowledgement that she had probably always craved.

As for Hiramasa Tsuzaki, he is a “professional single male” who always knew that he wasn’t the most popular guy, and had come to terms with being single forever. He has self esteem issues and so he escapes from love by telling himself that he doesn’t need love and doesn’t need a partner. So when Mikuri Moriyama, someone so kawaii appears to be attracted to him, he chooses to avoid it, and tell himself that she actually doesn’t like him, just so as not to get his hopes up and ends up getting disappointed for being rejected.

Wow…I’m amazed at how much I understand the characters. Haha.

I think Japanese dramas are such that they aren’t exactly the most entertaining, there are times when there are laugh-out-loud moments, like when Hiramasa Tsuzaki is being totally clueless, but it could be pretty subtle, and even slightly boring at times.

To me,  the male lead is the one who captured more of my attention, cos although he is not at all good-looking, and probably because he is not at all good-looking, I find him quite believable as this rather uncool single man who gets nervous easily when around a girl whom he is attracted to. His rendition of the character is pretty funny. As for Yui Aragaki who acted as Mikuri Moriyama, I personally couldn’t quite see anything particularly good about her acting, but I have to say she really does look cute and pretty.

The whole premise of the show is pretty much dependent on the chemistry and development between the two leads. And then them trying their best to hide from friends and family that they are in a sham marriage. I would actually prefer it if it was slightly more obvious as to why the female lead fell for the male lead though, cos it was kind of sudden for me.

Frankly speaking, the whole entering into a marriage just so that you can legitimately pay someone to do your household chores isn’t very logical to me either. But then again, it is inspired by a manga. And so of course, anything can happen.

This live-action adaptation does have a rather strong manga/anime feel to it, with typical wacky funny scenes which i think only Japanese can pull off without being cringeworthy.

I think the first few episodes were quite interesting because it is based on a rather novel idea. In the middle, it became quite funny, due to the interactions between the lead,but it got slightly boring towards the end.

I don’t find the drama addictive, but it is still quite an interesting drama to watch if you have time, or if you want to know what exactly is the hype all about.