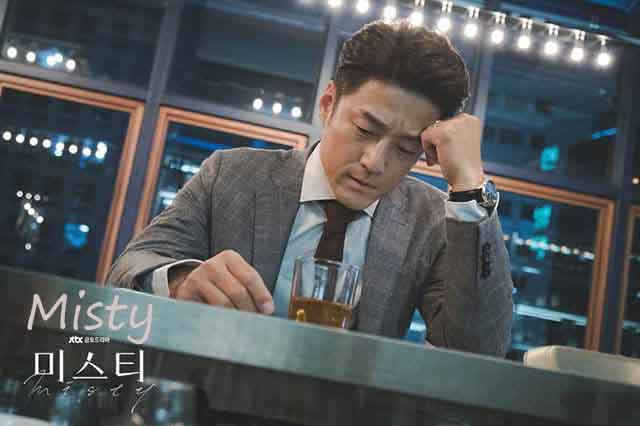 After eagerly waiting for its 2 episodes every week, I am finally done with Misty……and I’m left feeling kind of underwhelmed.

The ending is definitely not bad, in fact it feels quite realistic that there isn’t a happy ending. But……

Why is he the murderer?!

I still can’t quite accept that Kang Tae Wook is the murderer or that the murder happened just like that. 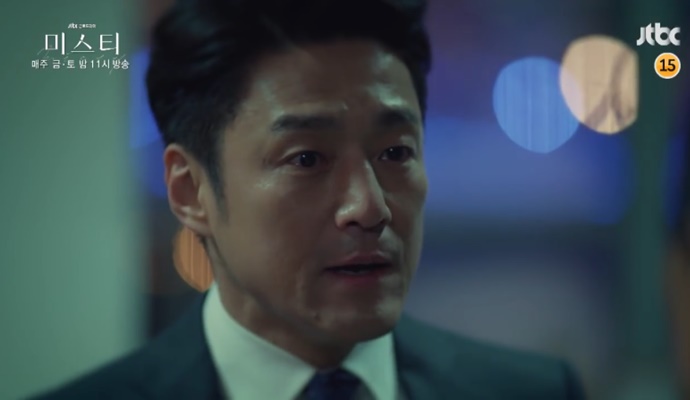 There have been hints pointing to Kang Tae Wook as the murderer the past few episodes, like his shock when he heard Go Hye Ran telling him that nothing happened between him and Kevin Lee, and that Myung Woo ended up in jail many years ago simply because he got his anger got the better of him and he chose not to believe Go Hye Ran’s words in the past.

According to the plot development so far, I could believe it if Kang Tae Wook killed Kevin Lee in error. It also added to the complexity of the relationship between Tae Wook and Hye Ran if Tae Wook was the murderer but did not confess to Hye Ran, rather letting her shoulder the murder charge while defending her vehemently. It added a dark side to Tae Wook who had been projecting an honourable image so far.

I guess it is just that I kept expecting a twist in the end , so I refused to believe that Tae Wook was the murderer as what the hints had pointed out, and kept waiting to be surprised by what the writer had in store for us.

I was expecting myself to be shocked, to be overwhelmed, to be brimming with emotions at the twist I was bracing myself for and in the end Ep 15 and 16 just fell short of my overly high expectations.

When the murder scene was finally reenacted in ep 16, my first thought was “Kevin Lee was killed just like that?” I find quite hard to believe that an athlete like Kevin Lee died just like that after Tae Wook bang him against the wall.

The plot development of Myung Woo stepping up to bear the brunt of the murder charge wasn’t too surprising, and was in line with his character as shown so far in the drama, but it was quite a pity that Tae Wook chose to commit suicide in the end which made Myung Woo’s sacrifice in vain.

In spite of feeling mildly unsatisfied by the ending ,(after all it had been an intense ep one after another every week! )if I remove my feeling of being let-down at Tae Wook being the murderer, I do feel that this ending has a tragic tone which suits the mood of the drama so far. Seems like Kang Tae Wook and Go Hye Ran are just not meant to be together, who kept missing each other and simply can’t be happily together.

Go Hye Ran’s life seem so much sadder since she didn’t officially do anything wrong but everything is falling apart except for her career. The two men she loved killed for her and died. She had been chasing for success and happiness, yet happiness eludes her.

If Go Hye Ran had been honest and open with Kang Tae Wook right from the start! Then this whole tragedy wouldn’t even have happened!

Gotta say I am extremely impressed by Kim Nam Joo and Ji Jin Hee’s acting though!

I wasn’t that wowed by Ji Jin Hee initially but as the show progress on, and especially in the final 2 episodes where he displayed his pain in committing the error, his suppressed nervousness when interrogated by the detective etc, I feel that he fleshed out this character really well.

Most Annoying Character: The Detective

The dumb detective! I mean everything started because he insisted it was a murder based on his gut feeling. Oh well, so his gut feeling was correct in the end, but seriously can he please do his work and find evidence? Instead of randomly zeroing in on suspects and insinuating that they are the killer? And basically making himself a nuisance?

All in all, Misty was a good ride and I enjoyed the process of eagerly waiting for each episode to come out. Kim Nam Joo has a new fan in me!

What do you think of Misty’s ending? Was it expected?