I’ve been to Jiufen, TW a few times before, and each time round I am simply obsessed with touring the old streets, buying cute and cheap souvenirs, as well as gorging myself on food. In fact, whenever anyone goes to Jiufen, they will just tell you to eat taro balls, fish balls and sip tea high up on the mountains. This is the standard itinerary for Jiufen.

So I was pleasantly surprised when I visited Jiufen recently and discovered a new gem – 秘密基地, loosely translated as Secret Hideout.

I’ve always been really obsessed with period dramas and my all time favourite dramas are those set in palaces with concubines vying for the emperor’s affection. And thus, I always wanted to try out the costume, to see how I would look like if I were an imperial concubine. HAHAHA.

Therefore, after contemplating for one day, I finally succumbed to temptation and headed to this photoshoot studio for a morning of cosplay!

For 100 TWD (about 3 USD) entrance fee, which includes unlimited sets of costumes and unlimited time for photo-taking, I think it is quite a good deal.

I was really adamant that I wanted to do a good cosplay. I mean, I want to look good in the costume. Like someone from that era.  Not like some modern girl donning a Qing dynasty costume, while wearing watches and track shoes etc.

It was actually really hot, and naturally some costumes stink, because, well it is summer, and probably 50 other people have tried out the costumes before me while perspiring heavily. So if you think about it like that, it is pretty gross. However, I am a determined person. And I wanted to look good. And so I braved the stench. LOL.

I even switched my hairstyles for different costumes so that I will look the part when I pose in front of different backdrops. This is just what a vainpot I am.haha. 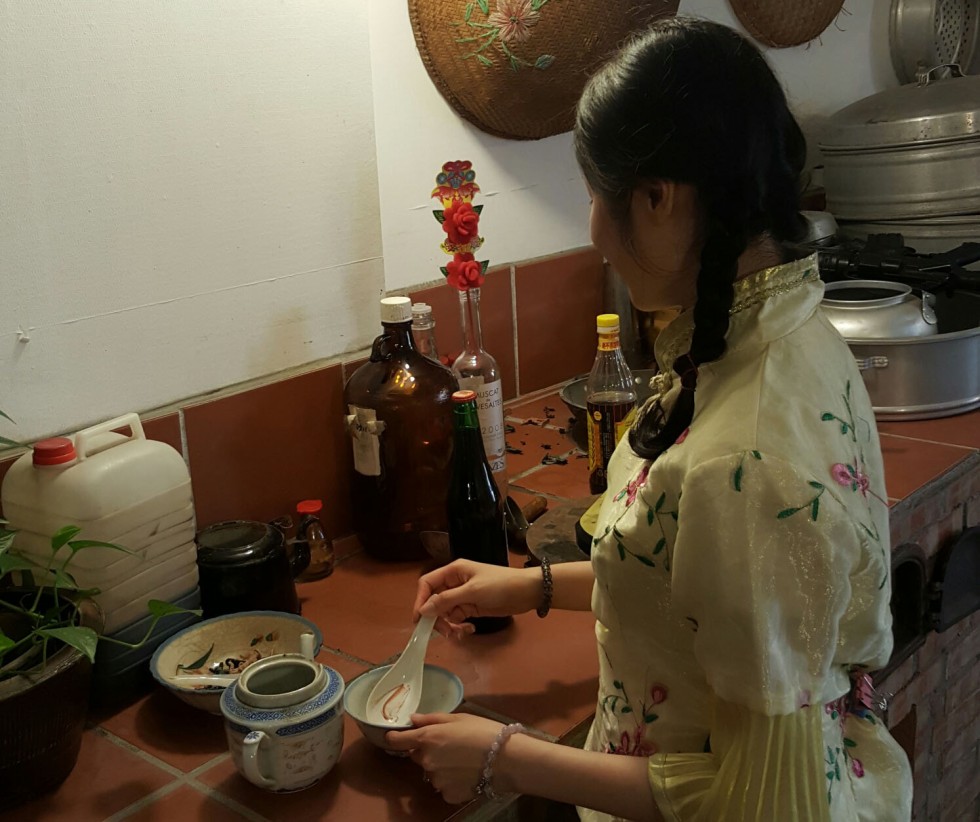 I have to say, it is really fun. Afterall every girl enjoys a photoshoot, and because my husband was tagging along, (as he has absolutely no interest in cosplaying, no matter how much I persuaded him), he became my photographer. I just dished out instructions for him non-stop and he snapped pics of me reluctantly over one hour.

On a negative side, I took over 100 photos, and I only have 2 where I look good. On a positive side, at least I still have 2 pics of me looking okay haha.

Definitely a hidden gem worth checking out!